Kylie and Kendall Jenner in 'state of confusion'

Kylie and Kendall Jenner are reportedly still in a ''state of total confusion'' over their father Bruce Jenner's transition into a woman named Caitlyn. 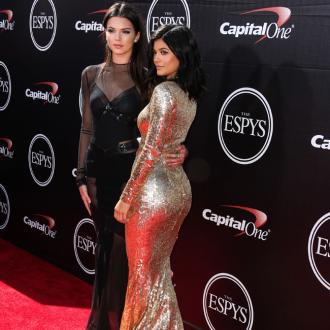 Kylie and Kendall Jenner are still in ''a state of total confusion'' over their father's transition.

The 'Keeping Up With the Kardashians' stars supported their father, who is now known as Caitlyn Jenner, at the ESPY Awards last night (15.07.15) but are reportedly feeling as though they've lost their dad.

A source shared: ''They miss having their dad and they are still in such a state of total confusion over the transition.

''Obviously they support Caitlyn, but they are also missing the role that Bruce played in their lives.''

Caitlyn - who was known as Bruce before her transition - is now said to be more of a mother figure to Kendall, 19, and Kylie, 17, than their mum Kris Jenner.

An insider told gossip site RadarOnline.com: ''Even though Caitlyn told them that their father is not going anywhere, they cannot help but feel that they are without a dad right now.

''Caitlyn is definitely their mother right now and, in a sad way, is more of a mom than Kris ever was to them.

''She is embracing her femininity, which is great, but Kendall and Kylie cannot look at her as their father any more.''

Bruce split from Kris - who also has children Kourtney, Kim, Khloe and Rob from her marriage to the late Robert Kardashian - in 2013 before revealing his plans to transition into a woman earlier this year.

The former Olympian also has son Burton and daughter Cassandra from his marriage to first wife Chrystie and sons Brandon and Brody Jenner with second wife Linda Thompson.