Kris Jenner is reportedly keen for her model daughter Kendall to take acting lessons and launch a Hollywood career. 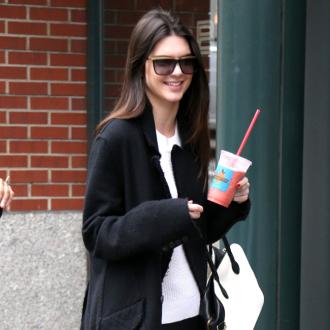 Kendall Jenner is getting acting lessons.

The 19-year-old model's mother and manager Kris Jenner, is focusing all her efforts on looking after the teenager's career and is reportedly eager for her to carve out a career in Hollywood this year.

A source said: ''Kris told the whole family that in 2015, her priority would no longer be Kim [Kardashian West] - it would be Kendall.

''She thinks Kendall could be the next Audrey Hepburn and is getting her acting lessons.''

But the 'Keeping Up with the Kardashians' star's older half-sister, 34, and her younger sister, Kylie, 17, are furious with Kris for going out of her way to help Kendall succeed.

The insider said: ''Poor Kylie is really struggling with Kendall's success and her own self-esteem, and Kim feels betrayed and abandoned. It was the last thing they needed to hear.''

The duo are both said to be plotting to unveil controversial photo-shoots to prevent Kendall from hogging the spotlight, and Kylie is also eager to release her debut single with her brother-in-law Kanye West.

The source explained to America's Star magazine: ''Kylie is planning a risqué photo-shoot as soon as she turns 18 and is trying to get Kanye to record a song with her. And Kim has some seriously attention-getting antics in the works. She has no intention of playing second fiddle to anyone, least of all her little sister. Things are going to get very interesting.''

Kim previously insisted she wasn't jealous of Kendall, who has modelled for a string of top designers including Chanel and Givenchy.

She said: ''I'm her biggest cheerleader - we talk all the time.''