Jenner made her debut at the prestigious Victoria's Secret Fashion Show earlier this week.

Kendall Jenner made her most high-profile modelling appearance to date at the Victoria’s Secret Fashion show this week, but the vast majority of her family was not in attendance – under her own instructions, as it turns out.

The 20 year old model starred in the prestigious show alongside her friend Gigi Hadid on Tuesday (November 10th), and though she was watched by her parents, Caitlyn and Kris Jenner, her assorted stepsisters were absent, because Kendall felt that their headline-grabbing presence would have been “too much pressure” for her on such a big occasion. 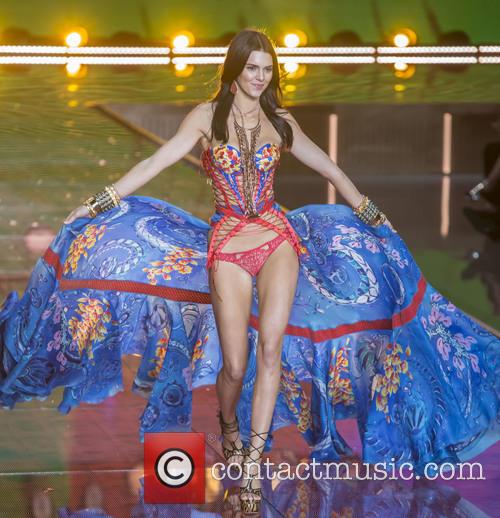 “I told them all to stay away,” Jenner revealed to New York Daily News’ magazine [email protected] backstage at the event. “It was too much pressure and I was like, 'Mom and Dad are good enough. I just need the pressure off. There's enough pressure as it is.”

The reality TV star also admitted that she had only been informed of her place in the fashion late last week, a few days after Hadid had been confirmed. She revealed that she’s been struggling to hold back tears of joy all week at getting such a big break this early in her career.

“(At) my first fitting I was on the verge (again),” she said. “You know when you can feel it in your throat that you're about to cry? I held myself back. I stopped myself.”

Jenner also said that she wasn’t too afraid of having to watch her weight, and was comfortable enough to have a sizeable meal the night before the show. “I had chicken and sweet potato and egg whites and avocado,” she said.