Kendall Jenner has posted a cryptic tweet believed to be about her former brother-in-law Lamar Odom after he was found unconscious. 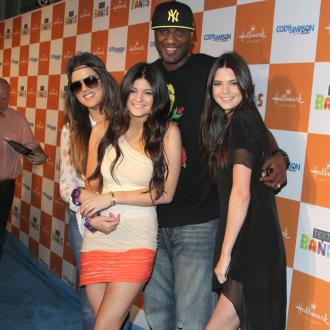 Kendall Jenner has posted a cryptic tweet believed to refer to Lamar Odom.

The 19-year-old model urged a mysterious person ''please don't go'' in the first social media posting from her family since the sportsman - who was previously married to Kendall's half-sister Khloe Kardashian - was found unconscious in a brothel yesterday (13.10.15).

She simply posted the three words and hasn't responded to fans who queried the brief update on the microblogging site.

Meanwhile, it has been claimed Lamar - who is currently in a critical condition in a coma at Pahrump hospital in Nevada - ''lost it'' after receiving a phone call on Sunday (11.10.15) about the latest episode of 'Keeping Up With the Kardashians'.

An insider at the Love Ranch, where the former NBA star had been staying since Saturday (10.10.15), said he had seemed ''chill'' until he got a call about the show, prompting him to become irate and complain about the way he had been portrayed.

Lamar - who was seen in the show calling his ex-wife twice - is said to have ''remained upset'' until he was discovered unconscious.

Ranch owner Dennis Hof has claimed Lamar consumed ''eight or 10'' herbal Viagra pills during his stay at the facility, while a source said he ordered a bottle of cognac and around a third of its contents were left at the time of his hospitalisation.