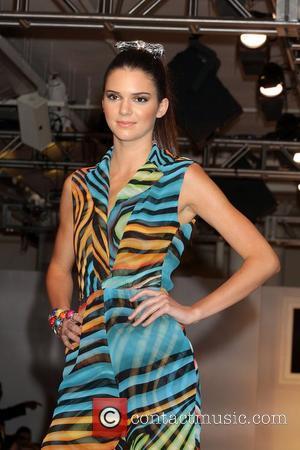 Kendall Jenner’s 17th birthday was the stuff of, well, 17-year-old girls’ dreams, as the Kardashian girls’ little sister was treated to a homemade ice skating rink, having turned their swimming pool into a skating rink for Jenner and her friends.

These buddies included Jaden Smith, who held hands with the teen on the ice. And now it’s rumoured that the two are dating, but Jenner says they’re just friends, and that also goes for Corde Broadus, Snoop Dogg/Lion’s son. “I heard I’m dating Snoop Dogg’s son,”she said to E! News “That’s news to me. I’ve never even met him!” she continued. So that rules them out then. The party was a star studded affair, and turning the warm climates of L.A into a Christmas holiday wonderland must have cost a fair penny, too, but it’s nothing those Kardashians can’t handle, we’re sure. Jenner also spent some time in Australia during her birthday week, where she shot the cover for Vogue and took some free time to fly a helicopter, Web Pro News had the pics, which she shared on Twitter, saying “Great pics of my Australian helicopter ride with @nomadRJ and @nomadtwoworlds!”

In case you didn’t know, Kendall Nicole Jenner, apart from being little sister to the stars, is a star in her own right, and aside from her appearances on Keeping Up with the Kardashians, she is also a runway model and appears at public events.