The Kardashians are never too far from the headlines and Kendall Jenner and Khloe Kardashian have caused something of a stir this week with some risqué pictures and reports of new romance.

Kendall Jenner has been photographed topless for a new series of Calvin Klein adverts. The images, published on Thursday, are certainly provocative. One shows Kendall looking over her shoulder, wearing nothing but a black Calvin Klein thong, and flashing a bit of side boob. Another shows 19-year-old Jenner in a lacy bra looking at the camera from under her mane of hair. 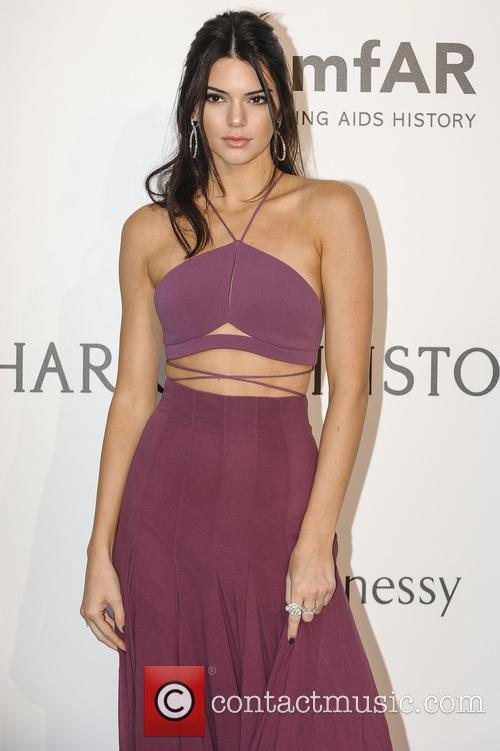 Jenner posed for the series, which promises the return of ‘The Original Sexy’, alongside fellow models Joan Smalls, Isabeli Fontana and Edita Vilkeviciute for the shoot. They join the likes of Justin Bieber and Eva Mendes who have all posed just in their undies for the brand in previous years.

Jenner revealed, in a recent interview with WWD, how she enjoys posing for underwear shoots.

“It was super fun. Every girl loves posing in her underwear. It’s always fun to do that,” Jenner said. “I’m close with Joan, and me and all the girls are friends.”

In other Kardashian/Jenner news, Jenner’s sister Khloe Kardashian may have a new love interest. On Wednesday (8th July), 31-year-old Khloe shared a picture on Instagram in which she posed with NBA player James Harden. The rumoured couple were joined by the stars of E!’s latest reality show Hollywood Cycle, Aaron and Nichelle Hines.

The pair were first linked together at the beginning of this month when they were photographed dining together in a Las Vegas restaurant, according to reports in Us Weekly.

As Khloe’s love life seems to be heating up, her sister Kourtney’s relationship is reportedly breaking down. Khloe, who went through a messy and very public divorce with Lamar Odom, appears to be supporting her sister every step of the way.

Post class pic with the newest members of the E! family. Welcome to family guys! Thanks for kicking my ass tonight!!! Catch @HollywoodCycle Tuesday nights at 10pm! @ahines83 @spingalnichelle @jharden13