Kendall Jenner has made her US Vogue debut in a high-fashion shoot for this year's September issue. 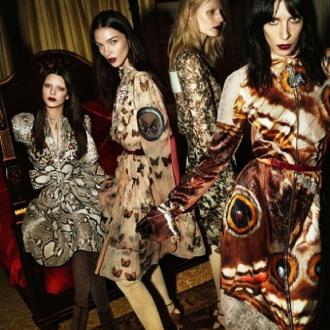 Kendall Jenner has made her Vogue debut.

The 18-year-old model appears in an editorial shot by Patrick Demarchelier wearing a selection of luxury scarves.

Surprisingly, Kendall's 'Keeping Up With The Kardashians' background isn't referenced in the shoot, nor is there an accompanying interview, The Telegraph newspaper reports.

The move follows on from rumours that Kendall was trying to break away from the reality TV show to be taken more seriously as a fashion model and detach herself from her family's fame.

She recently said: ''What I have has almost worked against me.

It seems as if all the stunning brunette's hard work has started to pay off as in addition to her first high-fashion shoot for the style bible, Kendall recently landed her first major fashion campaign for Givenchy.

The model stars in the French fashion house's autumn/winter 2014 adverts, which were shot by esteemed fashion photographers Mert Alas and Marcus Piggott.

Kendall was clearly chuffed with the results, sharing a sneak peek of two of the images on her Instagram account.

She captioned them, ''the @givenchyofficial campaign! thank you. YOU'RE AMAZING @riccardotisci17 @mertalas @macpiggott'', before adding, ''SICK''.