Kendall Jenner insists her recent name change isn't a ''dramatic'' after she decided to drop her last name for her modelling career, but admits she has changed a lot in recent years. 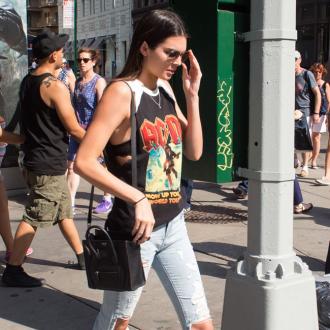 The 18-year-old star, who decided to drop her last name to boost her modelling career after claiming she had to ''work even harder'' because of her reality TV background, says she doesn't understand why people are ''freaking out about it.''

The 'Keeping Up with the Kardashians' beauty told E! News: ''Oh my god. Everyone's making it be such a big deal and I've actually just been going by Kendall since last season. It's not too new, but everybody's just recently started freaking out about it. Everybody's making it so dramatic and I'm like, 'It's not that big of a deal.' ''

But Kendall admits she has changed a lot in the past few years.

She said: ''I used to be super, super shy. I was always guarded and reserved, so I've definitely changed a lot in the past couple of years, just opened up, gotten more comfortable with myself. I think that has something to do with the show and in the world I'm in now, I just learned to grow up.''

Meanwhile, Kendall's younger sister Kylie Jenner, 17, says she doesn't miss modelling despite taking to the catwalk in the past.