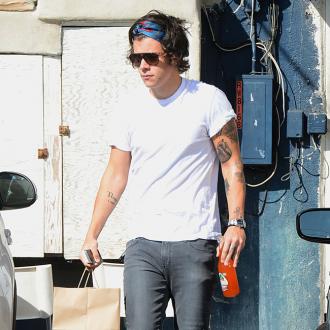 The 'Keeping Up With The Kardashians' star went househunting with the One Direction hunk earlier this year and helped him pick out the $4 million property - which boasts an outdoor pool and home cinema - but following their split last month, she won't be spending any time at the luxury pad.

A source told the New York Daily News newspaper's [email protected] column: ''It is sad that she will not be stepping into the place anytime soon after they split up acrimoniously in February.''

Harry - who is worth an estimated $33 million - bought the five-bedroom house, designed by Alejandro Ortiz, because he wants to spend more time in the US.

A source previously explained: ''Harry spent a couple of weeks last year looking at properties, before finally finding one he loved, and putting in an offer.

''Contracts have been exchanged and he is now a proud US home-owner.

''Harry's only told a few people and not many people know the exact location of the pad, but it is fairly spectacular, with an outdoor pool, home entertainment room and gym.''