Kendall Jenner 'feels so lucky' to be Estee Lauder ambassador

Kendall Jenner has confessed she ''feels so lucky'' to be the ambassador for Estee Lauder's new fragrance campaign. 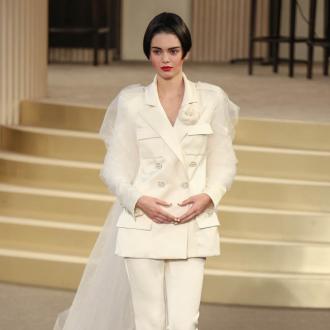 Kendall Jenner ''feels so lucky'' to be the ambassador for Estee Lauder.

The 19-year-old 'Keeping Up with the Kardashians' star is starring in the new campaign for the beauty brand's new fragrance Modern Muse Le Rouge, and has admitted it's a dream come true for her.

Kendall said: ''This is so important to me because I feel it really validates all my hard work. This is a huge moment in my career and it's something I've always wanted to do. My dreams are becoming my reality and I feel so lucky.''

While the advert for her debut fragrance campaign was shot in the reality TV star's home town of Los Angeles, Kendall revealed she went ''unnoticed'' by passers-by, so was happy, until some paparazzi found her.

Speaking to the MailOnline's Femail section, she said: ''It was shot right after my birthday in LA so I was in great spirits! Also to be shooting in my home town - there's nothing better.

''We had shot in the streets of Downtown LA and went unnoticed for a bit (which is rare) however, at one point the paparazzi found us so we had to cover up with umbrellas for the remainder of the shoot.''