Kendall Jenner has admitted she doesn't want her half-sister Kim Kardashian at her fashion shows. 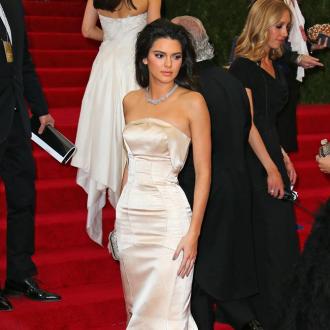 The 18-year-old television personality and model is keen that the 'Keeping Up With The Kardashians' star stays well away from any of her modelling gigs.

She told The Cut magazine that Kim was regularly invited to the shows but she would always check with her half-sister before making an appearance.

Kendall explained: ''She called me before and was like, 'Hey I was invited to the show, I just wanted to let you know. Do you want me to come?' and I was like, 'No.'''

Meanwhile, the model has revealed she must ''work harder'' if she wants to be taken seriously by the fashion world.

''People think that this [success] just came to me. But it didn't. What I have has almost worked against me.''

Kendall also explained that her reality television roots had made it difficult for her during castings.