Kendall Jenner put off visiting Caitlyn Jenner after her gender transition because she didn't want to ''let go'' of Bruce Jenner. 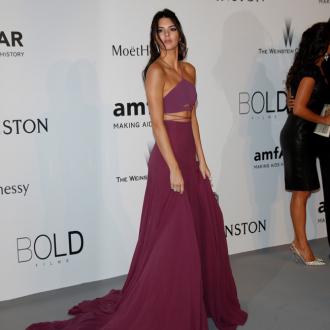 Kendall Jenner has struggled to ''let go'' of Bruce Jenner.

The 19-year-old model admitted she had put off visiting her father - who is now known as Caitlyn after undergoing a gender transition - because it would mean accepting ''he'' had gone.

In a trailer for this weekend's episode of 'Keeping Up with the Kardashians', her step-sister Khloe Kardashian asked: ''How are you dealing with everything?''

Kendall replied: ''I'm alright. I feel like it's a process. It's something to get used to for sure. But the only thing is I haven't met her.

''It's also a letting go thing. It's like when you officially meet her it's like he's gone. I think that's what I'm holding on to. That's why I've taken so long to meet her.''

Kendall recently admitted she had known her father wanted to transition for ''a very long time'' and is thankful Caitlyn still lets her call her 'dad'.

She said: ''It's been a ride, for sure. It's an adjustment. It's something you have to get used to.

''But I've known since I was a kid. He never confirmed it to me, but I've known for a very long time. It's the same person. My dad says it herself sometimes, it's kind of like mourning the loss of someone, because it is. My dad is my dad, but he's not there physically anymore. But she lets me call her dad - that's the last little piece of dad I've got.''