Kendall Jenner has quashed rumours she is dating Harry Styles, just after the One Direction lothario appeared to confirm their romance. 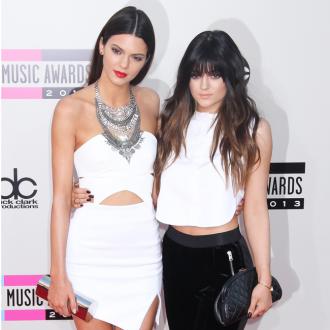 Kendall Jenner insists she and Harry Styles are just ''friends''.

The 'Keeping Up With The Kardashians' star has denied she is seeing the One Direction hunk after the pair were spotted on a dinner date at Craig's restaurant in Los Angeles last week.

Quizzed about their rumoured romance on the red carpet at the EMAs on Sunday (24.11.13) night, Kendall, 18, told E! News: ''We're friends. He's cool, yeah, he's cool. You go out with one person, you're automatically dating them.''

Her younger sister Kylie, 16, chimed in: ''It's very hard to have friends of the opposite sex.''

However, Kendall was spied catching up with the 'Best Song Ever' hitmaker backstage and witnesses claim they looked extremely friendly.

Meanwhile, a blushing Harry remained coy when he was put on the spot by journalist Piers Morgan during a broadcast for One Direction's seven-hour live streaming event, 1D Day, on Saturday (23.11.13).

Asked if he was dating Kendall, he stammered: ''I mean... We went out for dinner, but no''. He then added, ''I guess'', and appeared relieved to move on from the line of questioning.

Harry - who also confessed he had only kissed eight girls - was seen grabbing a coffee in Malibu over the weekend, fuelling rumours he had stayed overnight with Kendall at her father Bruce Jenner's home.