Kendall Jenner was so overwhelmed at her older sister Kim Kardashian's wedding to Kanye West that she cried during the ceremony. 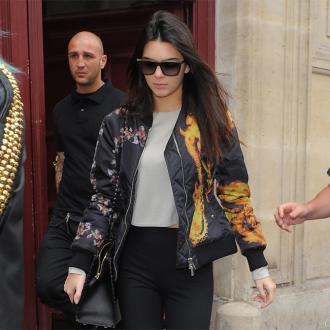 The 18-year-old model has admitted she shed a tear as her older sister married rapper Kanye West during an extravagant ceremony in Florence, Italy, last saturday(24.05.14).

''It was just beautiful and it was awesome seeing people so happy.''

Kendall - who dated One Direction heartthrob Harry Styles earlier this year but is now thought to be single - admitted she will probably beat her younger sister Kylie down the aisle.

She explained: ''I'm more of a marriage girl.''

Although Kylie, 16, is also believed to be single, their father Bruce Jenner has allegedly banned her from spending time with her close friend and rumoured love interest Justin Bieber after becoming concerned she could be influenced by his drug use and bad behaviour.

A source told ShowbizSpy.com: ''Bruce had thought Justin was hanging out with Kendall, his 18-year-old daughter, with Kylie just tagging along and he was fine with that.

''But when he learned that Bieber had taken Kylie to Las Vegas to see the Floyd Mayweather Jr. fight he hit the roof and immediately called estranged wife Kris Jenner, fuming.''

''Bruce then phones Kylie, forbidding her to date Bieber ever again bluntly declaring he doesn't want her influenced by his drug use and bad behaviour.''

The source added: ''Kylie went crying to Momma, but Kris - who's usually all about the publicity - shocked her by siding with Bruce. She totally agrees Justin's bad news.''