Kim Kardashian's Little Sister Kendall Jenner Has Been Added To The Victoria's Secret Fashion Show Line-up Of Lovely Ladies, According To Reports. 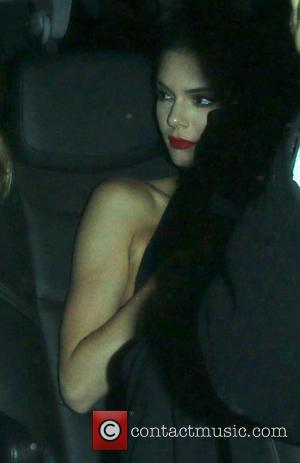 Just days after Gigi Hadid learned she'd be living out her dream of becoming an angel at the runway show, which is taped later this month (Nov15) for broadcast in December (15), it now appears there will be another young shooting star on the catwalk.

Sources tell E! News Jenner has booked a spot for the big night, and will flaunt her perfect form in the lingerie line's sexiest nightwear, alongside other angels including Lily Aldridge, who discovered on Monday (02Nov15) she had been chosen to model this year's $2 million (£1.25 million) fantasy bra.

Fans recently got an inside glimpse at what it's like to audition for a spot on the show when Hadid's casting call was posted on Twitter. After showing off her best moves on the catwalk, Victoria's Secret bosses informed her she would be part of the show.

Meanwhile, the news of Jenner's involvement comes hours after Rihanna pulled out of the televised fashion show. She was billed to perform on the catwalk, but her spot will now be filled by Ellie Goulding. The Weeknd and Selena Gomez are also preparing to sing among the models, who this year (15) will also include Adriana Lima, Alessandra Ambrosio, Behati Prinsloo, Candice Swanepoel and newcomer Stella Maxwell, Miley Cyrus' rumoured girlfriend.

This year's Victoria's Secret Fashion Show in New York City will celebrate the 20th anniversary of the event.