The struggle is real for these teen millionaires.

They might be just 19 and 17 years old respectively, but Kendall and Kylie Jenner have revealed that their biggest fear right now is growing older. The two sisters were being interviewed by Britain’s Sunday Times' Style magazine when they made the revelation, with Kylie going as far as saying, "I really don't want to grow past 18.” 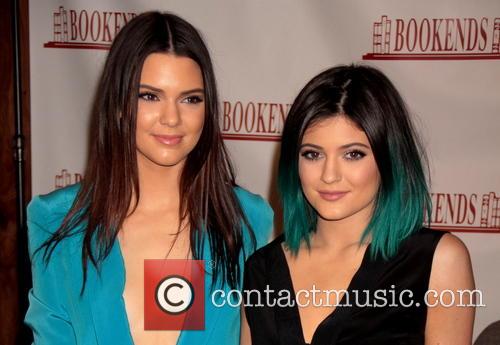 At just 19 and 17 years old, the reality stars are already fearing growing older.

Agreeing with her younger sister’s fears, 19 year old model Kendall nodded and replied, "It's scary. Life is scary.” The two were being interviewed by the magazine as they launch their new Kendall + Kylie clothing collection for British fashion retailer Topshop.

More: Kendall Jenner Parties With The V.I.P.s At Coachella, Before Being Called Out By Tyler The Creator

"It's just scary to think how fast everything is rolling and you can't stop it. It's rolling right now," Kendall continued. ”You see a picture and you've changed so much in a year.”

The teen’s careers have certainly picked up pace in the past 12 months, with Kendall now a fully fledged runway model and Kylie launching her own range of hair extension and becoming the face of cosmetics brand Nip + Fab.

The pair also gave their thoughts on the rise of social media, something which they unsurprisingly don’t seem to approve of. "I think social media has taken over for our generation," Kendall said. "It's a big part of our lives and it's kind of sad.”

"I hate it sometimes, like, I literally want to throw my phone so I can't look at it," she added. "It's all a made-up world if you think about it. Social media, everything, this interview, everything. It's not real. It's pretty crazy.”