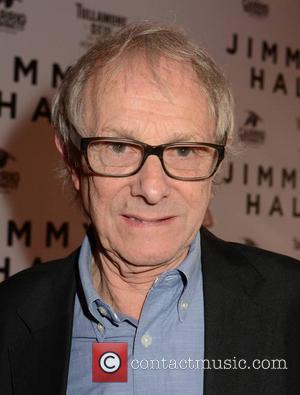 British filmmaker Ken Loach has called for a boycott of cultural projects backed by the Israeli government over the ongoing conflict in the Middle East.

The country's military is currently embroiled in a bloody battle with Palestine's Hamas organisation and The Angels' Share director is urging film and music fans to take hard stance against the Israelis.

In a speech at the Katrin Cartlidge Foundation Award Ceremony on Thursday (21Aug14), when Palestinian directors Abdel Salam Shehadeh and Ashraf Mashharawi were honoured, he said, "I know the people here will know the struggle and bravery you need when you are under siege, and you feel the pain of people of Gaza like no one else. These two people are not only surviving, but are making extraordinary films...

"My country, to its shame, follows the bully that is the United States. But we are not powerless. We can act together."

He continued, "(We need an) absolute boycott of all the cultural happenings supported by the Israeli state.

"This is film, music, academic contacts. Israel must become a pariah state..."