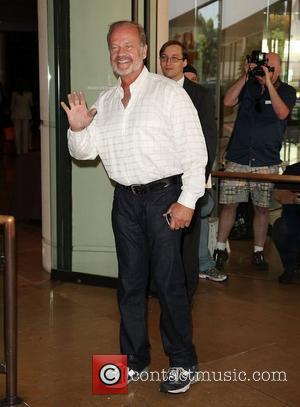 Kelsey Grammer has revealed pal Robert Plant inspired him to use his version of Satan, Your Kingdom Must Come Down as the theme to his new TV hit Boss.
The former Frasier star admits he sat down with the rock legend as he was preparing for the drama and asked him to recommend a tune - and the ex-Led Zeppelin frontman had just the song in mind.
Grammer recalls, "Robert Plant is a friend of mine and an acquaintance, and we had drinks one night in New York City, and I had just seen his concert with the Band of Joy that he's been doing, and he said, 'You know, Satan, Your Kingdom Must Come Down is a great song'. I said, 'Yeah, that is a great song.'
"Actually, I fought for it. I think it's remarkable as a piece to open the show, and I think it does foretell a little bit. It also misleads a little bit. It leaves a mystery open, and I like the way it feels. It's a great performance."