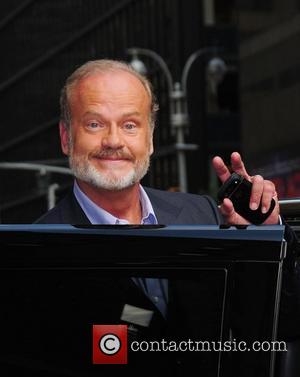 Actor Kelsey Grammer spiralled into a deep depression after the brutal murder of his sister, relying on drugs to cope with the pain.
The Cheers star's younger sister Karen was abducted, raped, and murdered by serial killer Freddie Glenn in 1975, and her sudden death led Grammer to a hell of alcohol and cocaine addiction.
In a new U.S. TV interview with Oprah Winfrey, he says, "The first two years were the hardest. I did some drugs, I did some alcohol, but that was mostly earlier on.
"My love affair with cocaine, which was my drug of choice, was motivated by a few other things, about not really deserving the things I had got. Also, I liked it."
The actor eventually checked himself into rehab at the Betty Ford Center in 1996 after a series of drink driving and cocaine possession arrests, which ended with Grammer accidentally flipping his car while intoxicated.
And the 57 year old insists he has remained clean and sober ever since.
He adds, "It was fun, I had fun, it just eventually becomes something you can't keep doing... I finally quit blow in 1996, that's when I was done... It's a fond a memory, but it's no longer a friend... (but) I still have a drink sometimes."