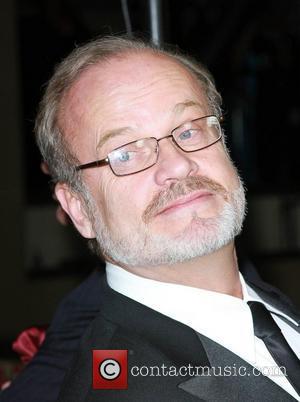 Actor Kelsey Grammer has teamed up with top psychic Ron Bard and Japanese actor Ken Watanabe to launch his ambitious new interactive TV channel globally.
Bard and Grammer will debut The Channel Channel next month (Mar12) in England and Watanabe will help the pair launch the project in the Far East later this year (12).
Bard tells BlogTalkRadio.com, "You immerse yourself in a totally interactive world. There are films you can watch if you're a member and there are about 50 apps; one of them scans your hand on your iPad or iPhone and gives you a daily palm reading.
"We also set up a lot of games for children, taking the Pokemon model, and we wanted to bring the tarot cards back, so by the time the child knows how to play the game, they will be able to read anybody's cards. It's definitely empowering people.
"We're supposed to launch something March 14th in Glastonbury, England - near Stonehenge. We're launching a TV and radio programme there. In Japan, we're launching a system with celebrity Ken Watanabe. We'll be launching in the States probably next year."