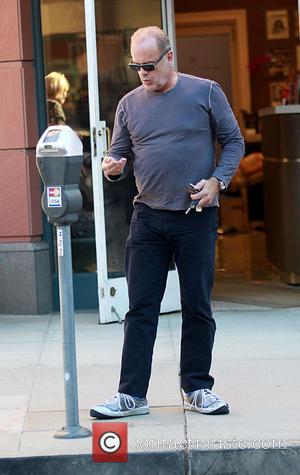 Having won 37 Emmys in total, plus countless other awards, it really is difficult to top the success of Frasier, and star of the show Kelsey Grammer has found it very difficult to match (or even come close) to the success that Frasier gave him. His latest venture 'Boss', a drama on Starz has already been axed, after just two seasons, reports the Huffington Post.

This news rounds off a fairly bad week for the actor, having been criticised by a Playboy bunny, Kendra Wilkinson, for bringing his baby to a party at the Playboy mansion. Boss's premise actually seems fairly interesting, as a drama following the life of the Mayor of Chicago who's diagnosed with dementia and his attempts to hide it from his colleagues and family. In theory: good, in ratings: bad, which is why Starz chose to cut it from their scheduling.

In a statement the network said: "After much deliberation, we have made the difficult decision to not proceed with [a third season of] 'Boss. We remain proud of this award-winning show, its exceptional cast and writers, and are grateful to Kelsey Grammer, [creator] Farhad Safinia and our partners at Lionsgate TV." Despite poor ratings it was critically acclaimed, Grammer even won a Grammy for his role as Tom Kane, plus it has something of a cult following. Sadly, cult followings and the odd award are not enough to keep a show from the grave. However, according to Deadline, the show may have one final reprise, a made for TV movie to make time for Kane's goodbyes and to wrap up his life.

The next time we'll hear from Kelsey Grammer will be as the voice of Henry J. Watermoose in Disney Pixar's Monster University, the prequel to Monsters Inc.