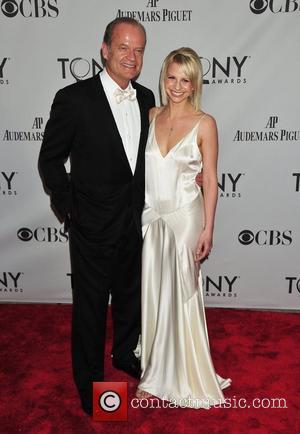 Actor Kelsey Grammer felt "haunted" by his sister's brutal 1975 murder "for at least 20 years" because he felt responsible for his tragic sibling.
Grammer's teenage sister Karen bled to death after Freddie Glenn and two associates slashed her throat and dumped her by the side of a road in Colorado Springs, Colorado after molesting her.
The former Frasier star was 20 at the time of his beloved sibling's murder, and admits he went into a "tailspin" after his happy upbringing was shattered by the tragedy, just two years after his grandfather's death.
He tells TV interviewer Piers Morgan, "My life was a joy, a joyful experience, it was fill of affirmation and encouragement and I loved being alive - and then these deaths took place. My grandad... I got this overwhelming sense that I was going to be alone for the rest of my life... and it was two years later when Karen was killed. It sent me into kind of a tailspin.
"It was a horrible nightmare for her. I, being the big brother that I had been, thought that I had some responsibility for that (protecting her) and that haunted me for at least 20 years, that notion."
Grammer wrote an emotional letter to the prison board to ensure Glenn, who was handed a life sentence for the crime, was not released at a 2009 appeal. Glenn will not be eligible for release again until 2014.