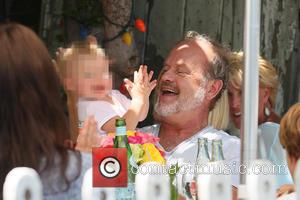 A lawyer for Kelsey Grammer's ex-wife Camille has asked a judge to order her former boyfriend to acknowledge a protective ban she obtained against him last month (Oct13).

Attorney Larry Stein claims Dimitri Charalambopoulos has been evading process servers keen to present him with legal papers to make the restraining order official and bind him by law to stay 100 yards (91.44 metres) away from the reality Tv star, so he wants the judge to issue a decree.

Camille Grammer was granted the protective order following accusations Charalambopoulos attacked her in their hotel suite after receiving an early-morning text and a phone call from a screaming woman.

She alleged he grabbed her hair and pushed her head repeatedly against the bed, despite her desperate pleas for him to stop.