Embattled Actress Kelly Rutherford Is Lobbying Her Fellow Celebrity Mums Kim Kardashian, Kristen Bell And Hilary Duff To Sign A White House Petition Supporting Her Bid To Have Her Children Returned To The U.s. From France. 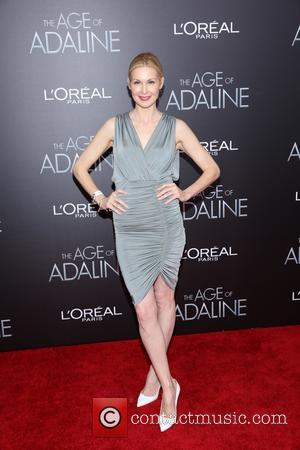 Picture: Kelly Rutherford - A variety of stars were snapped as they arrived to the premiere of 'The Age of Adaline' which was held at the...

The former Gossip Girl star has to fly to Europe every time she wants to visit her two kids after a U.S. judge sent eight-year-old son Hermes and five-year-old daughter Helena to live with her German ex-husband, Daniel Giersch, in France in 2012.

She has been fighting for a review of the custody arrangement, but she suffered another setback in April (15) when a judge denied her latest request to overturn the previous ruling.

Last week (ends01May15), Rutherford launched a petition on the White House website, calling on U.S. President Barack Obama to step in and aid her case, and on Monday (04May15), she reached out to a number of famous faces on Twitter.com in a bid to win star support for her cause.