Kelly Rutherford has 'no words' after losing children

Kelly Rutherford insisted she had ''no words'' after being forced to say goodbye to her children in a courtroom following the judge's decision to send them back to their father in Monaco. 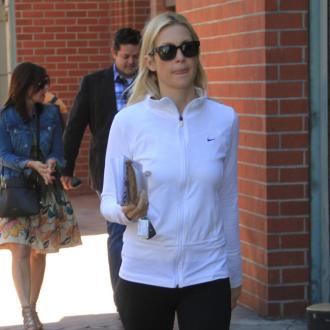 Kelly Rutherford has ''no words'' after being forced to send her children back to their father in Monaco.

The 'Gossip Girl' actress' children Hermes, eight, and Helena, six, had been staying with her in New York over the summer holidays and although she claims she was awarded sole custody of them earlier this year, she was today (11.08.15) forced to say goodbye to them in court before they were returned to their father, Kelly's ex-husband DANIEL GIERSCH.

Asked how she felt about the situation, Kelly - who could be seen fighting back tears in a video posted on TMZ.com - said: ''I have no words ... I think how any parent would feel, you know, that's lost their kids.''

Kelly, 46 - who filed for divorce from German businessman Daniel in 2008 - was ordered to bring her children to court after he accused her of ''child abduction and extortion'' following her refusal to return them to Europe.

Kelly said in a statement on the weekend: ''In May, a judge in California gave me sole custody and brought them home. I am immensely grateful and overjoyed to have them back. Since May, however, the court proceedings have been confusing.

''I hope that this decision will end this painful litigation, and that my children will be allowed to live in peace in their own country.''

Kelly reassured her children that everything was going to be okay as she left them in the care of Daniel's mother.

Giersch's lawyer Robert Michael told reporters: ''They just hugged and said goodbye, and she said she'd see them soon, and they were very, very easily transitioned to their grandmother, who they know very well.''

His attorney Ira Garr added: ''It was done very civilly. Ms. Rutherford said, 'Oh, you're going to see Papa, and you're going to go with Oma.' And the kids seemed fine.''