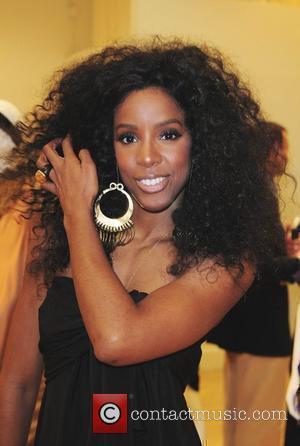 R&B star Kelly Rowland has brushed off reports she and former DESTINY'S CHILD bandmate Beyonce have fallen out after the HALO hitmaker chose to release her new song on the same day as her pal.
All three members of Destiny's Child, including Michelle Williams, have gone on to enjoy varying degrees of success with their solo careers following the group's split in 2006, with Beyonce garnering the most critical acclaim.
Reports of a growing rivalry between the trio have been rampant for years but the stars have continually dismissed the claims.
The rumours resurfaced this week (begs03May10) when Beyonce's new track Why Don't You Love Me hit the airwaves days after Rowland's new tune Commander was released.
But the Dilemma singer insists the media is reading too much into the joint releases and trying to stir up a feud that doesn't exist.
She tells HipHollywood.com, "We all came out at the same time and it really doesn't matter... I think there's room for everybody... There's B (Beyonce), there's Ciara putting something out and (Lady) GaGa putting something out, but, because we started out together, people are going to say things like that.
"But I really don't care, I love her 'til our dying days and that's all that counts."