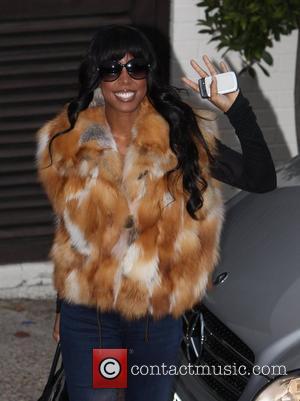 Kelly Rowland has spoken about the recent axing of X-Factor contestant Frankie Cocozza in a TalkTalk Webcast. After being asked what she thought about his recent antics, Kelly Rowland stated that she regretted the 'juvenile' behaviour of the 18-year-old star.
The former Destiny's Child star recalled to the shows' fans how she was initially attracted to his charm and personality during his first audition, stating that his actions, including bearing his bottom to reveal the tattooed names of former girlfriends, had been "sweet". However, Rowland was quick to clarify: "He came from a juvenile place and didn't know what the show entailed. It's not just the performance, it's the press and coming into your own personality. There was a lot on his plate." Cocozza had been axed by X-Factor producers after he had allegedly broken one of the 'Golden Rules' of the show, with Cocozza later admitting that he had taken cocaine whilst being drunk several times.
Frankie Cocozza will now be replaced by one of the four initial contestants that were eliminated during the first week: Amelia Lily, Jonjo Kerr, Two Shoes or James Michael. Talking to Graham Norton on his chat show, Kelly Rowland revealed her excitement for Lily's return: "It was hard letting her go, so hard for the judges to make that decision". Kelly Rowland was promoting her new single 'Down For Whatever' due for release next week. The X-Factor continues tonight (12 Nov 2011) at 8.15pm on ITV1.