Kelly Rowland and Beyonce have been enjoying play dates with their kids, but they are not very relaxing. 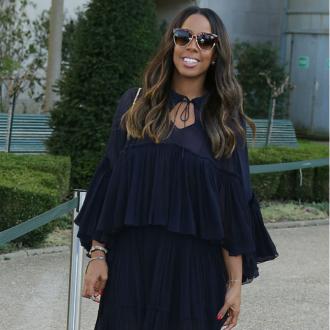 Kelly Rowland's son ''screamed'' during a playdate with Beyoncé's daughter.

The former Destiny's Child stars recently enjoyed a catch-up lunch with their kids, but four-month-old Titan and three-year-old Blue Ivy ensured it wasn't a relaxing experience, though they still had a good time.

Kelly said: ''Just the other day we were all able to sit down and have lunch together, and that always feels good. ''Titan's screaming and Blue is probably climbing something.''

The two stars still find the time to go out without their kids and husbands Tim Witherspoon and Jay Z and always have ''too much fun''.

Kelly told talk show host Meredith Vieira: ''I don't want to describe those [nights]. But it's a lot of fun. It's way too much fun!''

The 34-year-old star credits Beyoncé and her other former bandmate, Michelle Williams, for helping her through her mother Doris Rowland Garrison's shock death in December.

She said: ''I'm so happy that I have the girls as just a great support system.''

But the 'Motivation' singer admits she hasn't ''really, really'' grieved yet because she has been so busy with her ''angel'' Titan.

''I don't think I've actually had the time to really, really grieve.

''Something that happened the other day was, Titan was laughing.