Just 24 hours after Solange Knowles bizarre beat down of Jay-Z in the elevator of the Standard Hotel, Beyonce's former band-mate Kelly Rowland married Tim Witherspoon in Costa Rica. The pair were engaged in November and tied the knot in a "quick, simple" ceremony, according to BET. 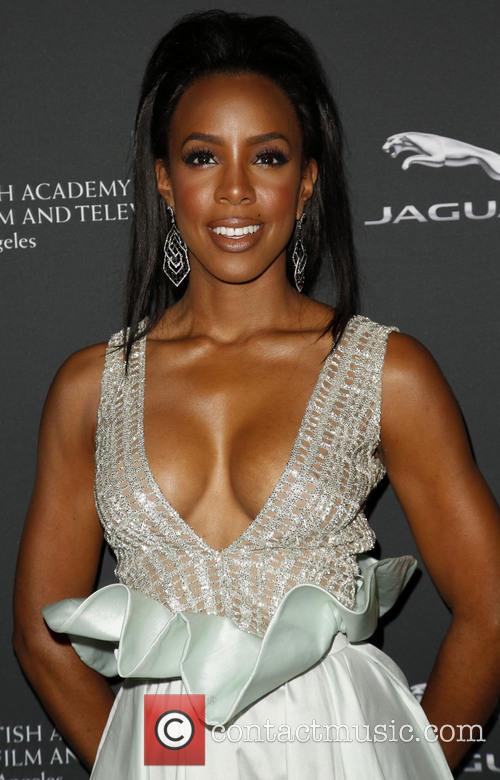 Kelly Rowland At The BAFTA's Ceremony in Los Angeles

Beyonce, Jay-Z and Solange Knowles were all present for the ceremony, with the famous sisters seemingly putting their differences to one side to celebrate Rowland's nuptials. Beyonce even posted an Instagram photograph of herself in a floral dress with the caption "Good Morning"

It's the first marriage for Rowland, 33, who was previously engaged to the football star Roy Williams before splitting in 2005.

It's a pretty busy time for Rowland, a year after the release of her album Talk A Good Game. According to Billboard, she's back in the studio working on her follow-up LP. Pharrell Williams is apparently amongst the collaborators committed to working on what will be her fifth album.

"I'm at the very very beginning stages of the record. We're at the point now where we are all talking - writers [and] producers - we're all excited. There are fresh ideas coming into the studio right now. We're trying different beats," Kelly Rowland told Billboard. "It's a really great start."

Rowland is also due to appear in the Pepsi-curated 'Beat of the Beautiful Game' project, which will be released on June 10 to celebrate the World Cup.

Witherspoon first came to public attention after taking over a Rowland' manager. She had previously been managed by Beyonce' father - as was Beyonce - but the move proved to be a good one and Rowland's solo career thrived.

More: What caused Solange Knowles beat down of Jay-Z?