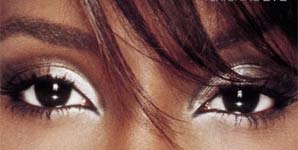 Kelly Rowland, a founding member of Destiny's Child, is back with her second solo album 'Ms Kelly', including main production by Rich Harrison, and Rockwilder, with Solange Knowles (Beyonce' little sister) songwriting. Contactmusic.com finds out about that 'song', and if she really is going out with a Man U footballer.

Kelly your solo work is finally out! With three release dates and two title changes over the past two years for the album, we need to know, why the hold up?
Basically, it just wasn't ready. I don't know how else to say it. I didn't want to put out an album that I wasn't fully happy with and confident with. I know half of it was great, but I felt that it was dragging just a little bit and missing elements of me on the record, like the playful and confident side. Especially as the album title is Ms. Kelly, I wanted to reflect that, because my name makes it very personal and the Ms. adds the sassiness and sauciness (laughs). I paced myself with this record.

Do you feel like you are really getting everything you deserve right now with the promotion and attention from your label?
Definitely. It's so funny, because I remember that being a concern, especially with the change in the music industry. I have to say that I have a very creative, very smart and intelligent staff of people who I work with from the label to management with everyone thinking of many ways to sell. Everybody is thinking of that next step ahead, as am I, so we all work well together as a team because we all want to win.

Well, I should hope so, because if truth be told, from the outside it seemed.
I know exactly what you are going to say.

Like undercover sabotage was keeping you back and not letting you blow the way you should.
You know what; I think the only thing that holds us back is ourselves. And I have to admit that on my first record I was scared.

Having all the attention?
Yes! Nobody knows how it feels to be in a group for almost all of your life, then go solo. It's a culture shock! Not everyone is going to move at the same level, so I think that when people say that (about the sabotage), they're assuming. My mum used to break down to me that if you assume things 'you are making an ass out of yourself'. I know the mistakes I have made in the past and I know how to fix them, and with this record, as I said before, I am more confident and comfortable in my skin. I know what I want.

Yes, we can see that you are comfortable in your skin, as you're on the cover of King Magazine (men's magazine) next month for the second time! Ms Rowland, we really are sexing it up aren't we?
(Laughs) Oh my gosh!

You look gorgeous on the cover.
Thank you (laughs). I didn't want anything too racy though, because you know how King can be (laughs).

How does 'Ms Kelly' differ from your debut 'Simply Deep'?
The obvious growth and the sound is better, me vocally and production wise it is better. I was involved in every single aspect of this album, to the writing, to the production, to the art work - everything!

What artists have you collaborated with?
Of course Eve, on the first single 'Like This', Snoop Dogg and I did a track together and also Tank, who was (gushes and laughs).just too much for me, I love him.

Let's talk about your track 'I'm Still in Love with My Ex', it's so heartfelt, you are admitting some deep stuff there, however the 'ex' isn't actually your ex fiancé Roy Williams, is it?
(Slurps on her drink, making mock coughing sounds). This is some good tea! Can I get another? (Laughs)

Okay, I'll take that as you not wanting to answer.
It's personal, but the record speaks for itself, that's why you got to buy the album!

Are you in a relationship now?
No. Nobody wants me.

Really!? I heard that you're dating Manchester United's midfielder Kieran Richardson?
Who? (Laughs).

Come on Kelly, give me the juice, I want an exclusive! You're dating him, aren't you?
Am I? (Laughs). Where do these stories come from? I've never gone out with anybody from here, but you do have some fine guys out here. I personally really like Orlando Bloom.

Many people have preconceived notions about you and the Destiny Child girls. Can you dispel a few misconceptions?
Just don't believe the hype. We love each other and we support each other, I can't say anything different from that. I think that it is sometimes hard for people to believe that because we are women and the whole stigma that girl groups have, but we really do get along and I am proud of that.

Although you and Beyonce are different solo artists, do you feel the pressure to chase the success she has and become a brand in your own right?
I don't feel the pressure to chase what she has. Everybody has their own fame and their own lane. I think that it is important for me to know my lane and explore different options, whether it is a perfume or a shoe (deal), whatever it is. I think its important for me to try it out, if it doesn't work it doesn't work, I'll try something else. That's the benefit, you get to try.

I have met Matthew Knowles a few times now and each time he seemed approachable and professional, not the abrupt, mean character we see on TV or read about. Do you think people misunderstand him and your relationship?
Of course they do. I think that people have heard so many stories and rumours and have misconstrued the truth, becoming judgmental of the whole situation, from me coming to live with the Knowles family to Beyonce and myself being as tight as we are, they can't believe that because I am not blood that there can be so much love. Matthew is a good man, I love him and I call him dad.

Kelly, it's been a pleasure.
It's over already, I had so much fun!