Talkshow host Kelly Ripa and news anchor Thomas Roberts were among the names honoured during the 26th GLAAD Media Awards held in New York City on Saturday evening. The annual awards, which this year were hosted by television personality Ross Matthews, honour those in the media who produce fair, accurate, and inclusive representations of the lesbian, gay, bisexual and transgender (LGBT) community. 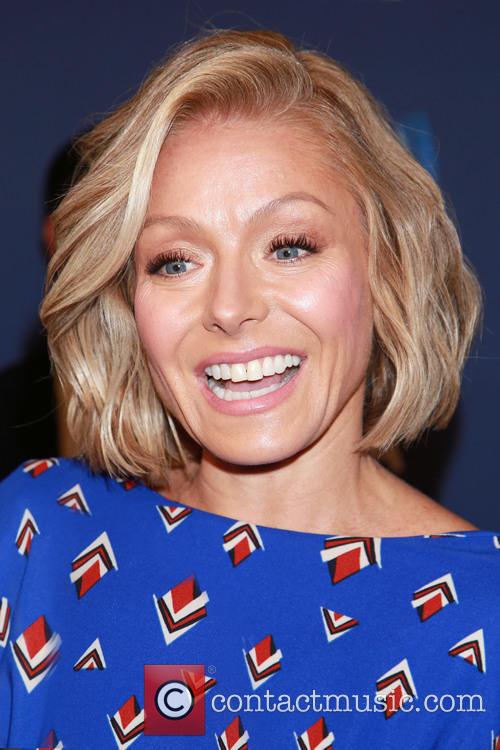 Kelly Ripa was this year’s recipient of the prestigious Excellence in Media Award, which was presented by her friend Anderson Cooper in recognition of her work as an advocate for LGBT issues.

More: See All Our Pictures From The 26th GLAAD Media Awards

"I feel it's kind of odd in a way, I should be given an award based on the fact that I've had the privilege of being surrounded by and influenced by this community [LGBT] my entire life," Ripa said in her acceptance speech.

“The LGBT community has led the way in treating people like people. Oftentimes, those who are the most discriminated against are the most empathetic and the most inclusive. Quite frankly, I should be giving this award to all of you,” the 45 year old added.

Also honoured was MSNBC journalist Thomas Roberts, the first openly gay cable news anchor. Roberts received the Vito Russo prize, named after the GLAAD founder, which is presented to an openly LGBT media professional who has made a significant difference in promoting equality for the LGBT community.

In his acceptance speech, Roberts discussed his suicide attempt as a teen telling the audience, “When I was growing up, I was burdened with the feelings of thinking that I was less than because I knew I was gay. I was hopeless and because of a columniation of events surrounding my sexuality at the age of 15, I attempted to take my life.”

“But my sister saved my life," Roberts tearfully added. "People like me were considered immoral at best, a joke and the option of being out meant being an outcast. Sadly, that’s how my mind worked then.”

The anchor, who was presented the award by 'Wonder Woman' star Lynda Carter, also described how his life only really began to come together when he accepted himself and managed to convert his fears into pride. “Coming out wasn’t without its missteps and major learning lessons, but after every storm, you can hope for a rainbow — or in my case, a colorful peacock,” Roberts told the audience.