Actress Kelly Preston credits laughter with keeping her romance with John Travolta alive after more than 20 years of marriage.
The Hollywood couple celebrated the milestone anniversary last year (11), when the stars became parents for the third time to son Benjamin, but Preston admits it hasn't always been an easy ride and they have had to work on maintaining a loving relationship through the years.
In an interview with socialite Amanda De Cadenet for her U.S. show The Conversation, Preston says, "Really in life, to stay married (you have) to keep finding out about the person and wanting to be together, because there's so many things that you work through... Going through huge highs and amazing lows, and being able to navigate that... and keep checking in and creating it (a strong relationship), because it doesn't happen on its own."
Preston insists keeping each other laughing has been the key to their relationship: "A marriage, people think, 'Oh, you just let it happen.' No, you need to create it and keep it fun and keep it alive and funny. We laugh, I think that's one of our biggest things together."
And the actress reveals she still finds herself physically attracted to Travolta, whatever shape he's in.
She adds, "He's hot... He looks amazing now, he's lost so much weight and he's been working out, but yet I love him when he was 20 pounds heavier, and thought he was really hot."
Preston's comments, which aired in the U.S. on Thursday (14Jun12), emerge just weeks after the couple found its union under scrutiny following unfounded allegations accusing the Grease actor of sexually assaulting two male masseurs in separate incidents earlier this year (12). Travolta's attorney slammed the claims and the lawsuits were subsequently withdrawn. 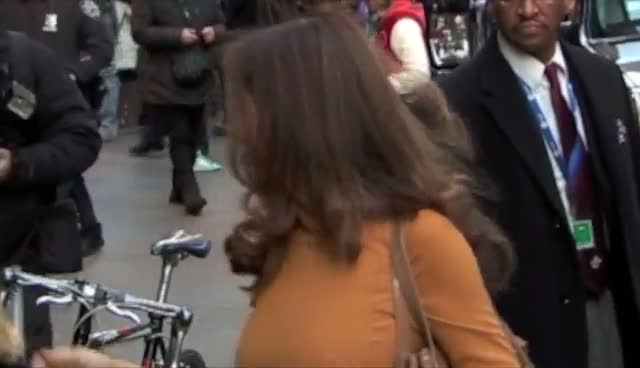