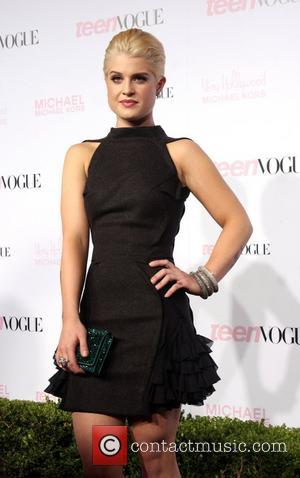 Kelly Osbourne is preparing to undergo painful laser surgery to remove her numerous tattoos after realising the body art was "a mistake".
The reality TV star has inked a series of different images across her body, including a keyboard on her forearm, wings on her back and the name of her brother Jack.
Osbourne has previously admitted she was drunk when she chose most of the tattoos and now wants to remove the permanent markers.
In her weekly column in Britain's Closer magazine she writes, "Some still have special meaning, like the matching ones my brother Jack and I have of each other's names, but I now feel like some were a mistake.
"They covered a few of them with make-up last week for a scene in my new film Should've Been Romeo - and I can't say I missed them. I want to get rid of the keyboard on my forearm - I can't even play the piano. And I don't like the heart and bones on my wrist either.
"I met with my dermatologist and I'll start the laser treatment as soon as I have time. I'm not looking forward to the pain but I've heard it hurts less than getting the tattoo. I hope so!"