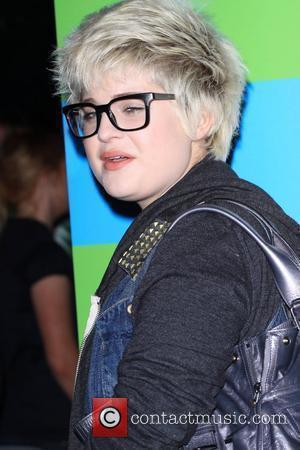 Kelly Osbourne has denied she is set to star in her own reality TV show - insisting she has turned down the offer of a behind-the-scenes series several times.
The daughter of rocker Ozzy Osbourne shot to fame when MTV filmed her famous family's life in Los Angeles while she and brother Jack were in their teens.
The show propelled the entire family - including mum Sharon Osbourne - to fame, and landed them other high-profile roles in the TV and music industries.
And, according to reports in Britain's The Sun newspaper, Kelly was ready to return to reality TV - by allowing cameras into the London home she shares with fiance Luke Worrall.
However, the star has quashed the reports, insisting the only access-all-areas show she has taken part in recently was a one-off special for MTV's In 24 Hours series.
In a post on her Twitter.com blog, she writes, "Luke and I are not doing a reality show for MTV! We only participated in one episode of there (sic) new series In 24 Hours!!!
"MTV has asked us on several occasions to do a new show for them but we respectfully declined!"