Kelly Osbourne was left confused when her Pomeranian pooch, Sid, was mistaken for a rabbit during a trip to a coffee shop. 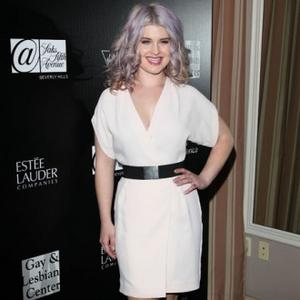 Kelly Osbourne's dog was mistaken for a rabbit.

The TV presenter took her Pomeranian, Sid, with her for a coffee, but another customer mistook the distinctively small, long haired canine for the hopping creature.

Kelly tweeted: "At coffee bean today a man ask if my dog Sid was a rabbit! #WhoTheF**kTakesARabbitToCoffeeBean? (sic)"

Dog lover Kelly owns two pooches, Sid and a Doberman she named Blue, who was bought for her by her brother Jack. She loves to take her dogs everywhere she goes, and was recently impressed with Munich in Germany, as the city has such canine-friendly facilities.

She tweeted: "I'm so excited to be here, I bloody love Germany! Watching the sunrise over the beautiful city Munich!

"I love how people can take there dogs into any store & most restaurants here in Munich! (sic)"

Kelly is also raising money by taking part in the Twitter for the Critters Celebrity Challenge, set up by The Onyx and Breezy Foundation, to raise money to go toward animal welfare.

Members of the public can donate $5 to the celebrity team of their choice, and one person from the team of the celebrity who raises the most money will win a signed poster for the foundation signed by 88 celebrities.

Other stars taking part in the challenge include Billy Ray Cyrus and his daughter Miley Cyrus and Peter Facinelli.