Kelly Osbourne has sprained her ankle after getting her foot stuck in a drain in a public rest room and claims she only injured herself because she was scared of falling in the toilet. 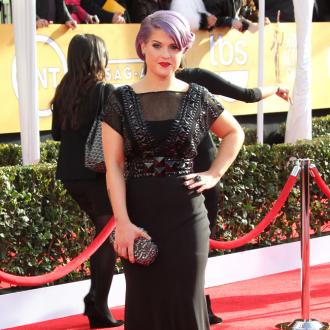 Kelly Osbourne has sprained her ankle in a toilet.

The 'Fashion Police' star got her foot stuck in a rest room drain and opted to inflict a serious injury on herself rather than risk ''eating the toilet'' in the germ-filled public convenience.

Kelly tweeted: ''Got my shoe stuck in a bathroom drain. I was faced w/ spraining my ankle or eating the toilet! Guess what I picked?''

She added: ''just could not bare the thought of my face landing in a public toilet! However I'm now questioning my decision due to the pain!!!!! (sic)''

The purple-haired star's kind-hearted boyfriend, chef Matthew Mosshart, has been at hand to cheer her up and came to her rescue last night (20.02.13) with a special tool to help her scratch her leg underneath her itchy plaster.

Kelly, 28, gushed: ''I have the worlds best BF He just went out at 11pm to get me this extendable leggy scratcher It even matches my hair. (sic)''

The stylish presenter and Matthew met at Kate Moss and Jamie Hince's wedding in July 2011 and went public with their romance five months later.

Kelly recently denied rumours the pair had got engaged just before Christmas, but hinted she sees herself walking down the aisle with Matthew in the future.

She said: ''Isn't that on every girl's radar? You're born, and you're like 'I want to get married.' Honestly, when it happens, it happens, and if I'm lucky enough, maybe you actually won't see me single.''