Kelly Osbourne quit 'Fashion Police' because of how E! ''handled'' the row over Giuliana Rancic's comments towards Zendaya Coleman, not because of the remarks themselves. 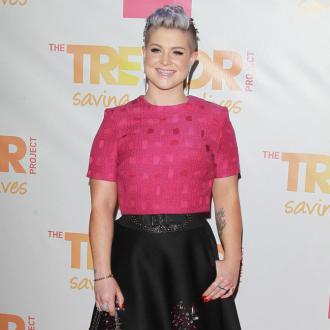 Kelly Osbourne quit 'Fashion Police' because of how E! ''handled'' the row over Giuliana Rancic's comments towards Zendaya Coleman.

The 30-year-old star announced her departure from the E! show just days after her co-host apologised for making an offensive remark about her friend's dreadlocks at the Oscars but it has been claimed it wasn't the presenters comments - that her pal looked like she ''smelled of patchouli oil and weed'' - that triggered her decision.

''Kelly left not from the [comment] itself, but because of how Giuliana and the network handled it.''

It had been claimed the comments had been rehearsed three times, with Kelly warning her co-hosts they shouldn't be used - but E! later denied they had been included in anything other than the final taping, something the outspoken star is said to be particularly furious about.

A source previously said of the show recording: ''They did the Zendaya segment three times.

''Three different takes. On the first two takes, Kelly said 'Guys, we can't say this. Zendaya is a friend of the show.' ''

Following the news of her departure, Khloe Kardashian, Nene Leakes and Kristin Cavallari have all been touted as possible replacements.

However, a show spokesperson said: ''No decisions have been made.''