Kelly Osbourne lied about liking one of her tattoos - because she didn't want to get into trouble with her mother Sharon Osbourne. 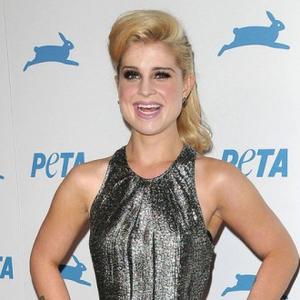 Kelly Osbourne pretended to love her tattoos so her mother wouldn't yell at her.

The 'Fashion Police' star - who is planning laser treatment to remove some of the 15 inkings on her body - regretted one Tattoo as soon as she got it but lied and told her mum Sharon Osbourne she liked it.

Kelly - who has previously received treatment for prescription drug addiction - said: "I think they can look good but when you get some big f***ing keyboard on your arm, that's when they're ugly.

"I was so f**ked up when I got it, the next morning I woke up and thought, what's this on my arm? But I thought the only way I wouldn't get a massive telling off from my mum was to own it. I was like: 'Look how cool this is, Mum!' But really I thought, 'Why did I do that?'"

Although she loved her tattoos when she was younger, Kelly, 26, now prefers the natural look and thinks people should think twice before getting one done.

She said: "I was drunk for most of my tattoos! I'm done with them now, I want them gone. I actually think it's refreshing to see someone who doesn't have any. Everyone seems to have some kind of tramp stamp these days."