Kelly Osbourne is 'proud' of Adele and Robert Pattinson

Kelly Osbourne has confessed she is delighted by her fellow British friends Adele and Robert Pattinson's international success. 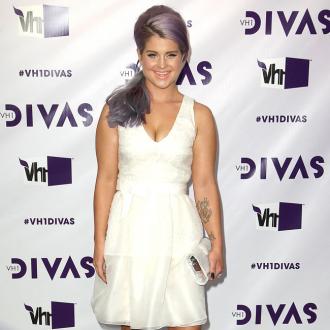 Kelly Osbourne is ''so proud'' of Adele and Robert Pattinson.

The 'Fashion Police' host is friends with both stars and thinks they set a great example to the rest of the UK.

She said: ''I know Adele from years back and I've hung out with Robert Pattinson in London since I was 19.

''It makes me so proud of my country that they're all doing so well. Rob was at the Soho House party in LA [after the Golden Globes], and the last time I saw him there, his friend was stealing the toilet roll.

''Everyone was so happy that Adele won Best Original Song [at the Golden Globes]. Adele is so well-loved.

''When she hit the red carpet, everyone's mouths dropped - her skin is glowing. I need to get her baby boy present.''

Kelly enjoyed working at the Golden Globes in her capacity as a host on 'Fashion Police', but still managed to take time out to chat with her friends.

She added to LOOK magazine: ''The best moment was after Miranda Kerr and Orlando Bloom wowed on the red carpet - they asked my boyfriend Matthew [Mosshart] for a lighter. I know Orlando, so we sat down and had a cigarette and a chat.''