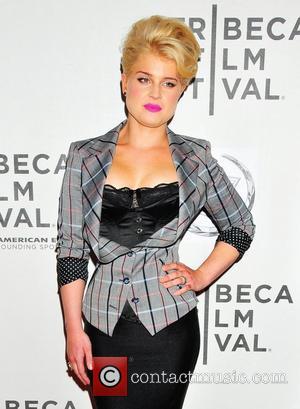 Kelly Osbourne, the British reality television star, has been left "devastated" as her puppy Noodles was 'put to sleep' after suffering brain swelling. Kelly Osbourne adopted the Pomeranian dog in March, nicknaming the pet 'Noody Bear', reports US Weekly Magazine.
Kelly first aired concerns for Noodles on Twitter earlier this week, telling followers, "My poor baby girl Noodles is sick. She had a seizure and they don't know why. I'm taking her to see a specialist two hours away for a brain scan". She later anxiously tweeted, "I can't even look at my baby girl without crying. She just looks so sick and helpless". After a veterinarian performed a brain scan, Osbourne received news that Noodles was suffering from brain swelling and told followers, "Noodles is not going to make it. She was born with a brain defect and I have to put her to sleep today. I'm devastated. I just can't believe it". After one of Kelly's followers criticised her for putting down the puppy, the reality star defended her decision, saying, "She was not in peace. Her brain was swelling in her head. I don't play God! It was unfortunately necessary!".
Kelly Osbourne noted she was watching Joan Rivers to 'cheer herself up', and later recalled a quote by the American comedian Will Rogers who said, "If there are no dogs in Heaven, then when I die I want to go where they went".