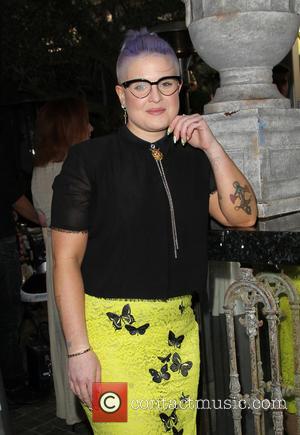 Kelly Osbourne has threatened to quit E! show Fashion Police over the fall-out from remarks castmate Giuliana Rancic made about child star Zendaya Coleman's red carpet look at the Oscars on Sunday (22Feb15).

The teen star was upset when Rancic suggested she reeked of marijuana because she wore her hair in dreadlocks.

During the Fashion Police episode on Monday (23Feb15), the presenter joked, "I feel like she smells of patchouli oil... maybe weed."

After the episode aired in the U.S., Coleman fired back on Instagram.com, writing, "There is a fine line between what is funny and disrespectful. Someone sad (said) something about my hair at the Oscars that left me in awe. Not because I was relishing in rave outfit reviews, but because I was hit with ignorant slurs and pure disrespect. To say that an 18 year old young woman with locs (dreadlocks) must smell of patchouli oil or 'weed' is not only a large stereotype but outrageously offensive."

But it seems her co-presenter Osbourne, who is one of Coleman's friends, is far from happy with the backlash she has received about Rancic's remarks.

In a series of Twitter posts, she writes, "I Will Not Be Draged (sic) Into This! The situation is being rectified like Adults by both parties. I hope you can leave it to them & do the same!"

She added, "you guys do realize that @Zendaya is my friend right?"

On Tuesday (24Feb15), Osbourne continued her rant and wrote, "I'm giving everyone involved 24 hours to make it right or the world will hear how I really feel. contactually (sic) Im not allowed to speak!"

She added, "I Did Not Make The Weed Coment (sic). I Do Not Condone Racism So As A Rsult (sic) Of This Im Sereioulsy (sic) Questiononig (sic) Staying On The Show!"