Kelly Osbourne has been banned from buying Christmas presents for her niece, Pearl, because she already spoils her too much. 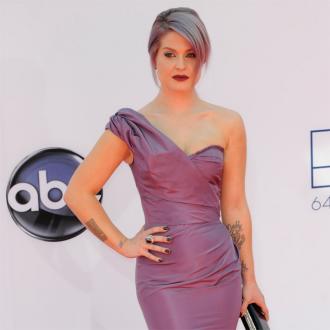 The 'Fashion Police' star has been spoiling her brother Jack's nine-month-old daughter Pearl so much, he has asked her not to buy the tot anything new over the holidays.

She said: ''I promised Jack I wouldn't spoil her so I have to run everything past him. We'll see how long that lasts.''

Kelly also revealed her brother has matured into a loving husband to model wife Lisa as well as a doting father.

She added: ''Nothing makes me more proud of Jack. I feel like I've watched my little baby brother turn into a man overnight.

''I've always been very protective of him but his wife Lisa is the first girl he's dated where I've been like, 'Oh my God, I love you.' And we're a bigger family now. What could be better?''

It may not just be Kelly who's banned from buying for Pearl, as soon after the birth Jack and Lisa told people not to buy any more gifts for her.

He said in October: ''Everyone does spoil her. We've had to respectfully decline any more gifts.''