Frank Parker is a formidable and highly religious man who takes his family traditions very seriously. He, his wife and two daughters Rose and Iris live comfortably in a small shack in a remote part of the Delaware County, but their security is threatened when a disastrous storm strikes and the river begins to flood. Mrs Parker suffers from a rare neurological disease and soon passes away leaving her family devastated. They vow to carry on the family customs, however, as Frank lands Iris with a huge responsibility. They are ritualistic cannibals, and she must be the one to bring in the food this time. However, when bones wash up on a nearby river bank after the floods, the authorities are drawn near and suspicion starts to arise surrounding the mysterious family.

Continue: We Are What We Are Trailer

We Are What We Are Review

Even though this is an extremely well-made film, it's difficult to know who will enjoy it, as it's far too arty for horror genre fans and much too grisly for arthouse moviegoers. But those who like something a bit different will enjoy it, especially since this remake takes a very different approach to the original 2010 Mexican film. Both films are about families who indulge in cannibalism as a long-standing tradition, but the similarities end there.

This version is set in small-town America, where an unusual number of young women have gone missing over the years, and a recent flood has unearthed human remains downriver from the Parker family farm. Frank Parker (Sage) is in mourning after his wife dies in the storm, and responsibility for the family's Lambs Day feast now falls to eldest daughter Iris (Childers), assisted by younger siblings Rose and Rory (Garner and Gore). But Iris is reluctant to carry out the gruesome tradition, and would rather hang out with cute young Deputy Anders (Russell). Meanwhile, Frank is increasingly worried about nosey neighbour Marge (McGillis) and the investigations of the local doctor (Parks) and sheriff (Damici).

"This is what we do," the Parkers remind themselves as they prepare their dinner of human stew. And screenwriters Mickle and Damici really dig into the family's past, which stretches to events nearly 240 years earlier, stirring American history into the intriguing cultural subtext. Mickle also remembers to freak us out with hints and suggestions in every scene, from ominous noises in the Parker's shed to a secret journal that outlines the family's traditions. The actors play their roles just below the surface, with muted emotions and subtle glances that tell us more than dialogue ever could.

Continue reading: We Are What We Are Review 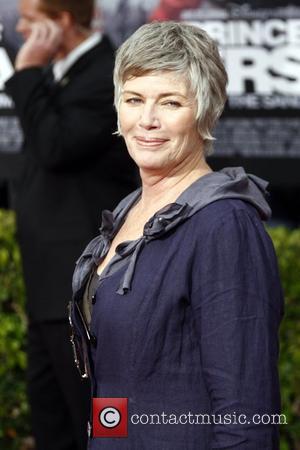