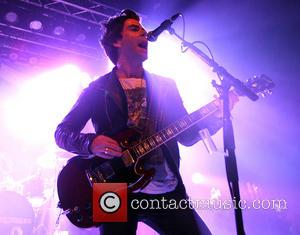 Welsh rocker Kelly Jones has blasted Justin Bieber for showing up late to a London gig on Monday (04Mar13), insisting "there is no excuse" for making fans wait.

Canadian pop sensation Bieber came under attack from angry fans and parents when he arrived onstage 40 minutes after his scheduled start time at his sold-out concert at the O2 Arena in the British capital.

Now Stereophonics frontman Jones has called out Bieber for his behaviour, telling Britain's The Sun, "If you can't turn up and get on stage on time then you deserve a slap. There's no excuse for that. He's probably got about 80 people around him, and if none of them have got a watch with all the money he's got then something's wrong, isn't it? The kids that are coming to his shows have got school in the morning. He should be ashamed of himself.

"He's just a kid but I don't care how old he is - he should still be able to tell the time."

Bieber has been subjected to negative media attention while on the British leg of his Believe world tour, and he lashed out against critics on Wednesday (06Mar13).

The 19-year-old singer tweeted, "fake stories to sell papers i guess are part of the job. but im a good person. i know that."