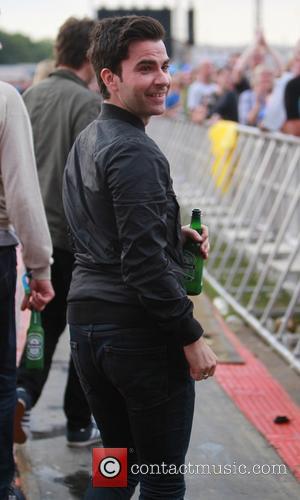 The Stereophonics frontman began learning guitar and playing in bands while he was at school in Cwmaman, Wales.

He has aimed an angry tirade at education officials at the local Rhondda Cynon Taf Council over plans to cut music lessons and school orchestras.

Jones insists the move is "incredibly short-sighted" and will lead to children "doing nothing with their lives".

The star Britain's Western Mail, "You'll just end up with a bunch of disillusioned kids who'll rebel against having their passion taken from them and end up doing nothing with their lives. To take a child who hates school, but goes along because they know they'll get to learn a musical instrument or play in the orchestra, and deny them the one thing they look forward to will only serve to corrode their interest in learning altogether... It's just incredibly short-sighted.

"These days there's more and more emphasis being placed upon the creatives and the non-lateral thinkers, even by institutions as traditional as the big City band. I wasn't at all academic in school, and back then even the music lessons were very dry and starchy - they were more concerned with learning to read sheet music and studying the work of classical composers like Mozart."