The fashion credentials of Kanye West and his wife Kim Kardashian West have been mocked by 'America's Next Top Model' judge Kelly Cutrone, who claims no one in the industry pays any attention to what they do. 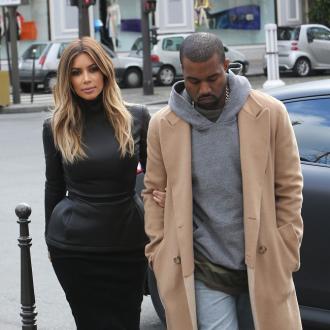 Kelly has scoffed at Kanye's past claims when he stated he was as important to fashion as Steve Jobs, the late founder of Apple, was to technology and insists he is a nobody in the industry despite having his DW Kanye West line.

Speaking to the New York Daily News newspaper's [email protected] column, she said: ''I don't think there's one person who really works in the fashion industry who gives a flying f**k about Kanye West.''

Speaking about Kim, she added: ''The truth of the matter is that Kim Kardashian is not doing anything fresh in fashion, either.

''She's not getting into the nitty-gritty, super avant-garde players. She's not even wearing [Vivienne] Westwood yet.''

Kelly also doesn't think the clothes that the 'Stronger' hitmaker and Kim wear have any influence on the public's style because most people cannot afford to buy designer labels.

Kelly explained: ''I think they have no influence in the fashion world whatsoever. I mean, most people who watch [Keeping Up with the Kardashians] can't afford Givenchy. I don't mean to be mean.

''Are [counterfeiters] on Canal St. benefiting from it? Probably, but that's not the fashion world.''

However, the fashion publicist does accept the famous couple do have an impact on popular culture.

Kelly, 48, said: ''Have Kim and Kanye had an impact on pop culture? Absolutely.