Kelly Clarkson is selling her Texas mansion and 14 acres of land for $1.495 million. 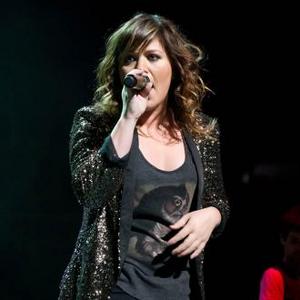 The 'Since U Been Gone' singer has put the huge house in Mansfield up for sale with an asking price of $1.495 million.

The property has four bedrooms and six bathrooms, including dual master suites, a theatre room and a gym spread across its 6,880 square feet of living space. It also comes with 14 acres of land.

The 30-year-old singer has modified the house by adding a man-made pond, lap and diving pools, and a treehouse, alongside dog runs and walking trails.

Kelly has previously admitted the house has become like a ''rescue ranch'' as she is so willing to take in sick and abandoned creatures.

She said: ''We have 30 dogs, 14 horses. We still only have three ponies and four minis, but we have goats now, two pigs we rescued called Miss Daisy and Boss Hog, I gave those to my brother.''

The house is just 25 minutes drive away from Burleson, Texas, where the 2002 'American Idol' winner grew up.

Kelly also had another property in Nashville, Tennessee, but she wasn't using it enough, so put it on the market in 2010.