Kelly Clarkson's husband Brandon Blackstock's ex-wife Melissa Ashworth 'adores' them as a couple and has hit back at rumours he will cheat on her. 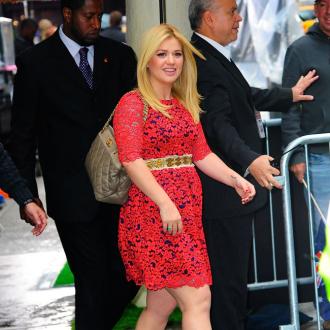 Kelly Clarkson's husband's ex-wife ''adores'' them as a couple.

The 'Stronger' hitmaker married music manager Brandon Blackstock, with whom she is expecting her first child, in a small ceremony in Tennessee in October, and his former spouse, Melissa Ashworth, has hit back at ''ridiculous'' rumours he cheated on her and has allegedly developed a close bond with another woman behind Kelly's back.

Melissa, who has two children, Savannah, 12, and Seth, six, with Brandon told gossip website RadarOnline.com: ''This is ridiculous ... this silliness. I have my two children [by Brandon] right here, who I love.''

She also dismissed speculation that Kelly's marriage is doomed, adding: ''I adore Kelly and Brandon as a couple, so if I say anything it's going to be positive.''

Melissa, who also recently re-married, spoke out after a woman told TheDirty.com on Monday (02.12.13) that she and Brandon had been ''intimate'' over the past five months.

She claimed: ''We haven't slept together, but we've been intimate in other ways. I really hope his wife keeps her eye on him because he's not the great man she thinks he is.''

Brandon's friend, Jerry Reed, previously accused him of ''running around on'' his ex-wife, whom he divorced in 2012 shortly before he began dating Kelly, ''three or four times'' during their marriage.

Kelly recently hinted that she and Melissa have a good relationship as she discussed her role as a stepmother.

She said: ''I say this to Savannah all the time, she's very smart, whatever you want to call me and I'm, like, a friend if you want to talk, but I'm not going to be like a mom, she has a mom. She has a great dad and a great mom. I'm just an add-on mom.''