Kelly Clarkson Opens Up About Her "Horrible Pregnancy," And Wanting Another Baby

The 32-year-old singer recently admitted she had "such a horrible pregnancy" while carrying her first child, River Rose Blackstock, who was born last June.

Kelly Clarkson gave birth to her and husband Brandon Blackstock's first child together, River Rose Blackstock, last June, and now the 7-month-old baby girl is a bundle of joy! However, this wasn't the case when the 'American Idol' alumnus was pregnant with her. 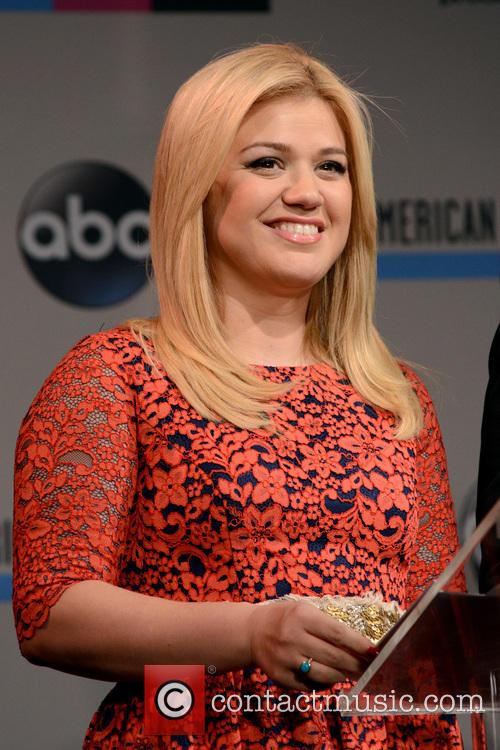 Clarkson recently admitted she had a "horrible pregnancy"

Clarkson recently divulged information about her first pregnancy when speaking with Nick Grimshaw on the BBC's Radio 1 Breakfast Show, where she admitted having "such a horrible pregnancy" while carrying her firstborn.

"Like, I was hospitalized," she said. "It was just kind of a bad pregnancy, so I had to take off way more time than normal."

But it was all worth it! "She's pretty awesome," Clarkson said of River Rose, and even added that her hubby, who she tied the knot with in October 2013, is now "like running from me because I want another one!"

"Not right now," she carefully added, "but I want another one in like a year."

Another attraction of having another child is the fact that Clarkson has seen a huge change within herself since becoming a mother. "I guess I'm annoyed by my previous self," she continued. "You know, you have a baby and you realize how much of a complete crap you were sometimes. Not like a complete crap, but you worried about stupid stuff."

More: Kelly Clarkson Teases Fans About New Album And Tour In Near Future

"I've never been like horrible," she clarified. "I guess just in our job, in the entertainment world, you get very self-involved. Everything is about you, so it's nice to have a different perspective. It's just funny, I'm like, 'I kinda don't like me before!' But I like me now."