Singer Kelly Clarkson Announced She Is Pregnant With Her Second Child During A Concert In Los Angeles On Wednesday Night (19aug15). 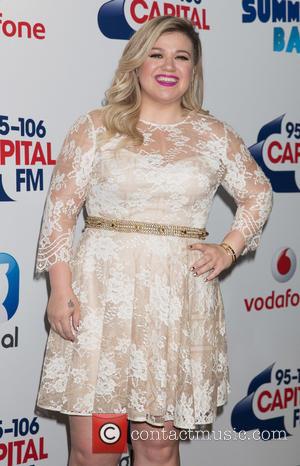 The Since U Been Gone hitmaker became emotional while singing her track Piece by Piece, about her strained relationship with her father, and she then told the audience at the Staples Center that she and her husband Brandon Blackstock are set to become parents again.

In video footage of the surprise announcement, she is seen telling concertgoers, "I was not planning on announcing this, but I'm totally pregnant... I'd like to apologise to my husband. That was not planned. I just didn't want you to think I was crazy or something. Honestly, I'm just so hormonal today. Nothing's wrong, everything's great... I haven't vomited yet. That is a freakin' win, y'all."

Clarkson is already mother to a 14-month-old daughter named River Rose, while Blackstock also has two children from his previous marriage.